On December 31st, City Council Members, state officials and those involved in the project gathered for TEXRail’s Golden Ticket Ride – a celebratory ribbon cutting offering a VIP first ride of the passenger rail line that ended with music and refreshments at DFW Airport.

Chad Gartner of the Fort Worth office attended the celebration. “Riding the state-of-the-art TEX Rail train was a great experience,” said Chad. “TEXRail is a game changer for Tarrant County and will bring many opportunities to the communities along the route. I am proud that TranSystems played a part in making it a reality.”

The Parsons/TranSystems Joint Venture also provided construction phase services as a part of the project. The team reviewed and responded to over 2500 Submittals and RFIs throughout the duration of construction. This phase also included a value engineering component and design services as needed throughout construction. 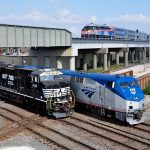 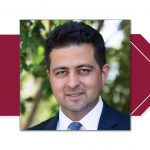