TranSystems announces its newest company officers. These appointments recognize professionals who have made outstanding contributions to the company’s success and growth, have demonstrated in-depth industry knowledge and have proven the ability to work effectively across the organization.

These individuals were nominated and accepted by the TranSystems Board of Directors into new leadership positions and ownership levels within the company.

Slade Engstrom – Wichita, KS
Engstrom has worked his entire career at TranSystems. He has been focused on opening new markets and has created our Intelligent Traffic Systems (ITS) work with the Kansas DOT as well as the Traffic Management Center (TMC) Operations. He is currently the chair for the national subcommittee on connected and autonomous vehicles for APWA, as well as ITS Heartland Board of Directors, where he is currently serving as Past President.

Scott Darling – Boston, MA
Darling has been with the company for 28 years and was named the Boston Office Director in October 2020. He has been a project manager for contracts with MassDOT, MBTA, Massport, and the U.S. Army Corps of Engineers primarily in the fields of bridge and tunnel inspection, evaluation, and rehabilitation design. He is a leader in the national bridge and tunnel inspection/evaluation practice and has been active in emergency/disaster response services, providing bridge inspection/evaluation services across the country following disasters.

Mark DeLorenzo – Orlando, FL
Joining TranSystems in 2015, DeLorenzo has grown the Construction Engineering and Inspection (CEI) practice in Florida. He has achieved the expansion of this group by 15 individuals and has won some of the largest Central Florida projects. DeLorenzo is consistently a top leader within the Florida area, and the construction management practice at large. 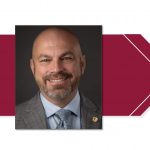