TranSystems was awarded the Dr. W.W. Hay Award of Excellence for the CREATE P1 – Englewood Flyover project in Chicago. The Hay Award is AREMA’s highest honor to participants in the rail industry.

The project is featured in the January 2017 issue of RT&S magazine here:

About the Project:
TranSystems provided Metra final design for the construction of the $140M CREATE Project P1, also known as the Englewood Flyover, which opened to traffic in October 2014. The project consists of a triple-tracked flyover bridge carrying Metra tracks over Norfolk Southern and Amtrak tracks near 63rd Street and State Street on the south side of Chicago. The Flyover eliminates the daily at-grade crossing of approximately 80 Metra trains with 50 Norfolk Southern and Amtrak trains. The project was a major railroad bridge undertaking. The design covered work between 59th Street on the north to 69th Street on the south. The total length is 8,700 feet, of which the flyover extends for approximately 2,100 feet. 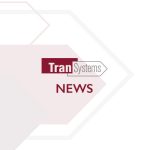 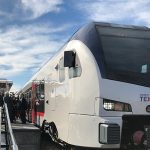